The Beginning of a Superstar

With his newfound love for the sport, Kyle began developing his skills and ability and soon was ready to compete nationally in pickleball tournaments as a professional athlete. Kyle played in his first USAPA National Tournament and took gold the very first day in the men’s doubles 19+ in 2014. But, this victory was just the beginning of Kyle Yates’ professional career in the world of pickleball.

As a young man, Kyle decided to put his college attendance at the University of Florida on hold so he could focus on the sport he loved. Because of this decision, Kyle was able to compete full-time and dedicate his efforts to becoming one of the strongest in the sport.

The decision began paying off very quickly and Kyle won the grand slam of men’s pro doubles by winning the US Open. Not only this, but he also won the Tournament of Champions, and the USAPA Nationals all in 2016 only two short years after his first major victory.

Kyle is no stranger to winning gold on the court. He has an impressive medal count that includes gold in men’s and mixed doubles at the Beer City Open & French Open, Florida Grand Slam, and the US Open. He also impressively captured gold medals in men’s doubles at the SoCal Classic, Vail Open, and Tournament of Champions in 2019.

Although Pickleball can be played with only 2 people, many professionals have a partner with whom they play all of their tournaments. Kyle Yates has had multiple partners during his career but currently plays with his partner, Ben. 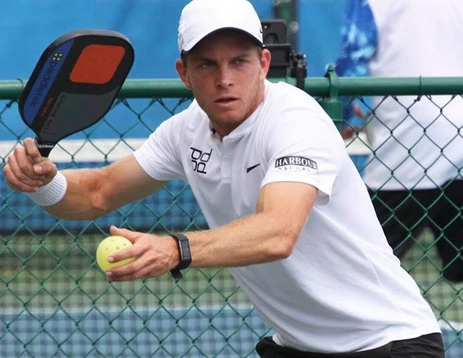 Due to Yates’ genuine talent, skill, and monster success many brands have wanted to work with the young superstar.

Kyle Yates has gone on to do more brand work and is sponsored by many notable brands like Paddletek and Florida-based Harbour Insurance. His pro series model from Paddletek, the Bantam EX-L, is one of the most popular paddles in professional pickleball. Because Yates is so young, at 26 years of age, he still has a huge career in front of him which will most likely lead to more sponsorships and brand deals.

Kyle Yates Off the Court

Yates does not appear to have a spouse or kids at this time, although he is young enough that this could change very easily. Kyle’s other hobbies that keep him busy include surfing, golfing, reading, and video games. Being from a sunny state such as Florida gives Kyle the opportunity to enjoy many outdoor activities and hobbies on the beach.

Kyle also spends his free time coaching and hosting pickleball camps and training. He enjoys helping kids learn the basics of the game and teaching others how to excel at the sport. Virginia, Colorado, Michigan, and California are just a few of the places Kyle travels to teach at. Kyle stays active on Instagram and shares many of the trips and events he is a part of.

Although Kyle often appears cocky and hot-tempered on the court, he describes himself as being an introvert. Kyle spoke about his personal and professional life in this interview. He says,

“I enjoy the attention when I compete, but in a social setting I’m definitely a lot more reserved.” 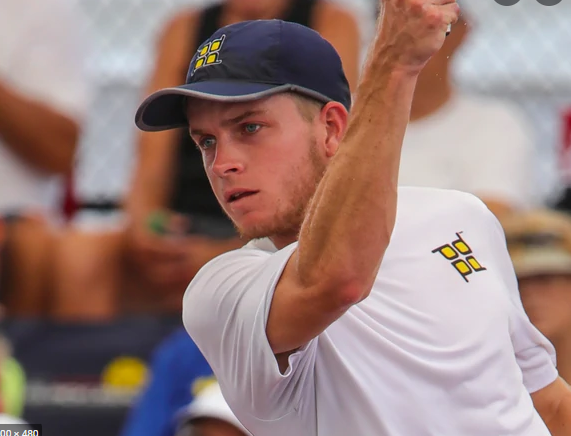 Currently, Kyle is ranked at #18 on the Pickleball Global Rankings. With how many tournaments and competitions Yates’ is a part of, this number is sure to evolve. Kyle enjoys playing pickleball full-time and making a living out of it.

Unfortunately, Pickleball is still a relatively new sport in the world of athletics. When compared to other sports, the monetary compensation for winning isn’t as high or attractive as other sports such as football or basketball. However, Kyle manages to make Pickleball his full-time job through his sheer talent, hard work, and sponsorships.

Kyle has spoken about how part of his love for the sport began by meeting many players with similar interests. Whether it’s teaching young hopefuls the basics of the beloved sport or winning gold himself on the court, Kyle plans on doing so with a paddle in hand.

What is Kyle Yates pickleball ranking?

Currently, Kyle is ranked at #18 on the Pickleball Global Rankings. With how many tournaments and competitions Yates’ is a part of, this number is sure to evolve.

Yates is a force to be reckoned as the former #1 in the world pickleball player. He's played longer than most as he started in his teenage years. Kyle played in his first USAPA National Tournament and took gold the very first day in the men’s doubles 19+ in 2014. But, this victory was just the beginning of Kyle Yates’ professional career in the world of pickleball.

Who is Kyle Yates?

Kyle is a world-class pickleball player who teaches at his own pickleball facility called Yates Pickleball Academy.